Traumatic brain injury can happen in an instant, but it changes lives forever.

In compelling fashion, Lucy Walker's 2013 documentary "The Crash Reel" delivers that message as it meticulously chronicles the rise and recovery of elite snowboarder Kevin Pearce following a head injury he sustained while training for the 2010 Vancouver Olympics.

The film introduces us to Kevin at the top of his game, expected to be a gold medal contender for the United States in the men's halfpipe, until he suffers the injury that would leave him in a coma for weeks. We then follow Kevin's path to recovery from the moments immediately after his injury when he is helicoptered from the mountain to the hospital and through every painstaking stage of rehabilitation and re-evaluation over the next three years.

The film's strengths lie in its simultaneous beauty and tragedy. Stunning visual elements, awesome athletic feats and the inspirational love of an amazing family are contrasted with sequences of violent crashes known to be an inherent risk in extreme sports and the raw, often gut-wrenching emotions evoked alongside the physical pain of head injuries.

Perhaps the most powerful feature of this film is its honesty. The film neither glorifies nor glamorizes Kevin's brain injury and his subsequent path. Rather, it shows us how it is not only Kevin's life that is abruptly altered after his training accident, but also the lives of his family and friends who must suddenly adapt to a "new" Kevin and an uncertain future. The film offers a rare and sobering take on real the impact of traumatic brain injury (TBI).

Many might presume -- particularly with athletes -- that following a head injury, just as with any other type of injury, there will be a period of intense rehabilitation, recovery, then a return to competition in a blaze of glory.

While that may indeed be the case for many sports-related injuries, head injuries are an entirely different entity. As Walker's film illustrates, there are multiple caregivers throughout the rehab process, ranging from those employed within or outside the hospital who have different areas of expertise to family members who go to unfathomable lengths to save one of their own. Physicians, nurses, physical, occupational and speech therapists along with countless assistants and aides, all play a role in restoring Kevin's health.

The treatment starts immediately with emergency care at the mountain, continues at the hospital ICU, ultimately transitioning from the inpatient hospital setting to extensive outpatient follow-up care. And Kevin's family members are there every step of the way. His parents, who rush to his bedside while he is in the ICU, his brother Adam, who quits his job so he can move to be with Kevin and actually participates in rehab with him. And on one of the strongest moments of the film, his brother David, who has Down's Syndrome, emotionally pleas for Kevin to reconsider trying snowboarding again.

I don't think anybody gives their brain enough time to heal after a concussion because your brain doesn't tell you it's still injured.

The same qualities that led Pearce to succeed in an extreme sport - risk-taking, intensity, and competitiveness - may complicate recovery when judgment is compromised and impulsivity increases, a common byproduct of TBI. Pearce thinks he has recovered to the point of being ready to compete, but everyone around him can see otherwise. Yet Kevin is defiant in his determination to resume competing. The choice seems obvious to everyone but him.

"I did not realize how injured I was," Kevin said. "I did not understand why I was spending eight hours a day in rehab. At the time I hated my family for making me spend all this time doing something I didn't need to be doing. I thought I was fine. It wasn't until I saw the film and got to see what my family did to help me come back and make this recovery that I could understand how truly lucky I am."

Despite her vantage point, Walker admits to not having any idea how her subject's story would evolve. As Pearce pressed to return to competition, she became worried he would end up paralyzed, or dead. She experienced an epiphany of sorts as the film progressed.

"In the beginning I thought Kevin might be able to come back and even win," Walker said. "Then I became more concerned as time went on about what would happen if he were to hit his head again. I began to fear that he might do something that would have a devastating result."

At its core, the film serves as a reminder that all brain injuries should be taken seriously. A crash like Pearce's, which leaves the athlete bleeding and unresponsive, is obvious but what about subtler, not immediately visible brain injuries? What about concussions? Kevin now believes that at the time of his injury in Park City, he may still have been suffering from the lingering effects of a concussion he suffered a month before at the U.S Grand Prix Olympic Qualifying series at Copper Mountain, Colo. And he believes this explains, at least in part, why his injury had such dire consequences.

"I don't believe my brain was fully healed or ready to be snowboarding again," Kevin said.

Kevin's situation raises the point about consecutive TBI, particularly in the young male brain. Recent evidence suggests the brain is still developing until approximately age 25, particularly in the area of decision-making and controlling impulsive behavior. Kevin was only 22 at the time of his accident. If his brain was already compromised by a previous concussion, there's a good chance he was more vulnerable to a significant subsequent injury. Most importantly, it resurrects the question about how concussion injuries are recognized and managed in sports.

Now a motivational speaker who often inspires other TBI patients along with their families and caregivers, Pearce is on what he calls his next mission with the Love Your Brain campaign. He described it as building a community, proactively helping people to gain a greater understanding of the importance of protecting the brain. Pearce's message about respecting concussion, something he did not do when competing, is simple but powerful.

"I don't think anybody gives their brain enough time to heal after a concussion because your brain doesn't tell you it's still injured," Kevin said.

Through it all, Pearce remains deeply connected to his sport. He is a regular at competitions, supporting the snowboarding community and carried the torch at the Opening Ceremonies for the Winter Olympics in Sochi. His passion for the sport combined with his unique experience make him an ideal consultant as he works with technology companies to develop better safety measures, primarily in the form of headgear.

In the film, Lucy Walker makes us care about Kevin and the entire Pearce family, which in turn makes us care about the issues that confront them after Kevin's accident. No one wants to see an injury like the one that happened to Pearce yet by not shying away from the difficult material, Walker's film manages to both educate and entertain.

As for Pearce, he may prove to be a far greater influence, both within his sport and beyond it. 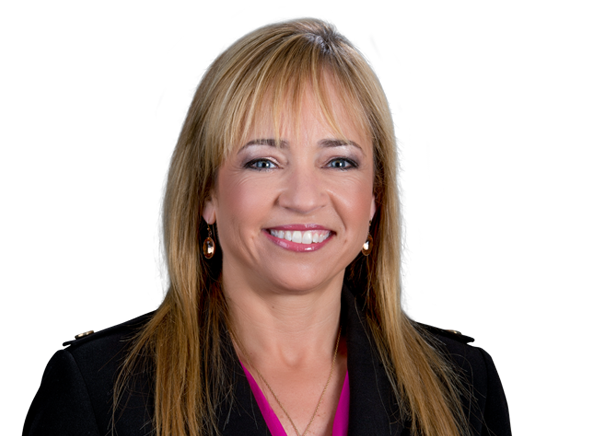