Mark McMorris is NEXT

This story appears in ESPN The Magazine's Jan. 7 NEXT Issue. Subscribe today!

IF THERE'S ANYTHING a pro snowboarder takes pride in representing, it's the mountain that raised him. But Mark McMorris doesn't have a mountain to call home. The 19-year-old Canadian grew up in Regina, a town so flat that riding on snow days meant using skateboard ingenuity to build rails to session in his backyard. But he used it to his advantage. "Riding those rails and little jumps taught me great technical skills and board control," he says. 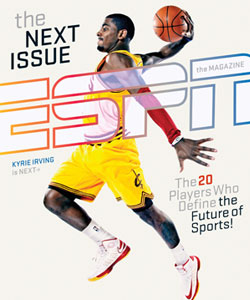 MORE FROM THE ISSUE