Munich's tragic past never far away

MUNICH, Germany -- All three residents of Apartment One study physics, which seems appropriate, because they live in a place scarred by a collision of force and time. Their building at 31 Connolly St., an easy stroll from the site of this week's X Games, is exactly like many of the others around it, except for the people who stand beneath the infamous balcony, or place a stone on the marble monument, or ring the doorbell to see where the Israeli Olympians died.

People come all the time. On Monday, two passing men point and whisper in German.

"You see?" says Petra Lindemann, supervisor of the college students who live here. She holds a sheet of paper in her hand, a copy of the letter every resident receives.

"This is a special house," the letter reads. "It is a monument of contemporary history."

International students of the prestigious Max Planck Institutes stay at 31 Connolly while earning a Ph.D. This is where Israel's Olympic team lived in 1972. The German government gave the building to the Institutes in a symbolic attempt to cleanse its memory. There's something poetic about a place made famous by hate being used by those who try to explain the unexplainable.

The letter couches the violence in broad strokes, explaining the kidnapping and murder of 11 men, two at the apartment and nine more at the airport, in a sentence: "Terrorist murderers took Israeli team members hostage and killed them." The letter warns that tourists and journalists will come here. Once, the front door was accidentally left open and a dozen or more people wandered the halls. Last year, the 40th anniversary, many people arrived. There's always been a thin line between wanting to remember and wanting to forget, and the students of 31 Connolly crossed it long ago.

"These people who live here are fed up," Lindemann says. "The problem is too many people come here, especially tourists from Israel. They ring the doorbell and want to get inside. Our students were not even born when it happened. They don't even know what happened, and they don't want to know."

The apartment sits dark and empty today, except for the ghosts. The students are in class. Two or three different birds chirp and water ruffles from nearby fountains. The former Olympic Village is a green space, tucked in between the shiny steel of the BMW headquarters and the rising metal arms of the stadium.

Lindemann leads the way into the entry hall, first onto the soft, brown doormat, then the hard, gray linoleum. The space is small. It would have been cramped that night in 1972. This is where the Palestinian terrorists, members of a group named Black September, pulled automatic weapons from gym bags. They forced their way into Apartment One, which has two stories, connected on the inside. Two Italians and a Turkish classmate live there now.

"This is where they were killed," Lindemann says, nodding toward the apartment's wall.

The white stairwell leads up to the balcony.

The air is cool and damp, the concrete railing cool to the touch. There's a note on the door saying some student's keys have been lost. Lindemann stands in the same spot where, in September 1972, a terrorist in a stocking cap looked over the railing. Across the way are terraced apartments, and to her right is the Olympic Village. To the left are trees, and behind her, the stadium rises into the sky. The view hasn't changed much in four decades.

"I was there when it happened," she says. "I remember. I was in Munich."

Standing on the balcony, Lindemann tells stories. Last year, a movie crew took over the building for a few days. The students went to live in hotels. Catering served coffee and snacks in the long courtyard, and the marble monument, written in both Hebrew and German, was removed. New plants were taken away. Everything looked like it did the day of the attack. The crew even hung the original draperies.

"Somebody had them in the basement," Lindemann says.

The eeriest part for her, and the thing that sent her hurtling back into her memory, was the police officers dressed in old uniforms. For a moment, she was there again, reliving it. She has a strange job. She has seen American tourists gawking at the death site and Israelis offering prayers at the monument. She was in the building a year ago, when murdered Olympic fencing coach Andrei Spitzer's widow visited the apartment where her husband had spent his final hours.

Lindemann stood in the hall out of respect but could hear the footsteps. She heard Ankie Spitzer walk up the stairs and to the window. This is the last place Ankie had seen Andrei alive, on her television, with his hands tied. Lindemann heard Ankie cry and saw her leave. The widow walked away through the Olympic Village, leaving the building behind but taking memories of it with her.

Apartment One has nothing to do with the X Games, except that once again thousands of people are gathering at the Olympic Stadium for an event, to compete and to watch. Some know what happened a half-mile away in 1972, and some do not. Fewer remember each year, and most know what the students who live here know: the boiler-plate explanation. Forgetting is how we heal, and how three future scientists can focus on their research instead of the place where they live.

It's why there are really two buildings at 31 Connolly St.

One is made of concrete and iron rebar. It houses students and is quiet on this summer afternoon. The doors are blue and the floors are gray linoleum. Outside, there's a chill in the air. A light drizzle falls. Lindemann shuts the front door and checks it to make sure it's locked, then heads out the back to meet her driver. In this building, the physics students wish the tourists would stop ringing their doorbells so they could concentrate on discovering the future. They weren't home when the widow came to visit, turning over their apartment to her past: a husband who had spent the last hours of his life here, leaving behind a wife and a 2-week-old daughter.

The other building is made of memories. The blood of Yossef Romano drips from step to step on the stairs. Ankie Spitzer's husband stands in a window, his hands tied, and a terrorist hits him in the head with the stock of a rifle. The day after Andrei died, murdered during a botched rescue attempt, she flew to Munich and opened the blue door. Since that day, she has devoted much of herself to making people remember, so no other women like her will lose a husband to senseless violence. That's how she shapes the future.

That's why she came last year, to film a documentary. It's always 1972 when she visits. She looks past the students' books and their bottles of Coca-Cola and sees it how it was then. She sees the bullet holes. She sees the tiny toy dachshund she found, which her husband had bought for their brand-new baby, a present from the Olympics. That little girl never knew her father, and her stuffed animal is in a museum in Israel, so people will see it and never forget.

Wright Thompson is a senior writer for ESPN The Magazine. 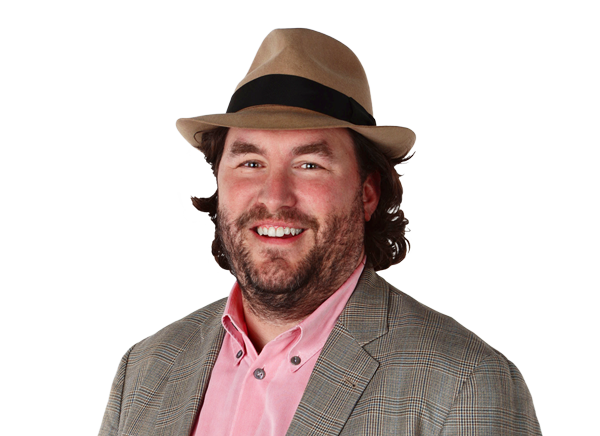