Inside the mind of John John Florence

John John Florence wasn't supposed to bomb out of the Quiksilver Pro Australia in Round 2. He was expected to contend for the top spot on the podium, but in fickle conditions at Snapper Rocks on Queensland's Gold Coast on Monday, Florence was upset by South African journeyman Travis Logie. The surf was infrequent and uncooperative, which led to a slew of failed air attempts and low scores. As we've come to know, Florence is at his best when the waves are pumping, and these were not ideal conditions.

With his eyes on an ASP World Title and longtime mentor Kelly Slater in his sights, ESPN The Magazine caught up with Florence to get a feel for where his head is at going into this season. Look for the full interview in the next issue on newsstands this week.

ESPN The Mag: What's up with the name?
John John Florence: My real name is straight John. My mom called me John John after John F. Kennedy Jr., and it stuck. I'm OK with whatever people want to call me, though. Some know me as Two Johns. It's pretty funny.

You've been dubbed a natural, a prodigy. After hearing that you were the "next Kelly Slater," has it been weird surfing against Kelly? Like, "Yo, I'm the next you."
[Laughs.] Not at all. I honestly don't think about labels. I'm so amped on surfing that it's all I really think about. And Kelly's cool. He gives me advice about pressure, like when I surf the Pipe event. I don't want to lose at home in the year's last event.

When asked about his late-career motivations, Slater once said: "I'd like to surf a final at Pipe against John John." How does it feel to know you motivate him?
It an awesome feeling, for sure. Last year he kept telling me, "I'm so stoked to be in the Pipe final with you." I was stoked too, but I wanted to win more than anything. To be so close to beating Kelly in the final and not get the win was a big letdown.

Any part of you hope Kelly retires and lets you kids win some?
[Laughs.] I hope he stays around. If you win a world title without Kelly on the tour, it's just not the same. I want to beat him.

Is the jump to the top taking longer than you'd expected? Or, at 21, are you where you hoped you would be?
I'm more than where I wanted to be. I had a bad couple of years, but it made me realize what it takes. In 2012, I didn't expect to finish in the top five. I came in fourth. Last year I hurt my ankle and missed three events. I was like, "Whoa, I still made top 10." The dream to win the overall title someday is definitely there.

You broke your back in 2011. You've recovered physically, but does it affect you mentally?
Breaking my back was a bad one. I was sore for a while and went on a bad streak of contests. I was just terrible. But, really, the worst injury I had was my ankle. It took so long to feel no pain. I'm still stiff now, actually. But as I surf more, I don't think about it.

You were healthy enough to deliver what Surfing magazine called one of the best stories of 2013.
The air in Bali -- one of the highlights of my year, for sure. I still had a brace on, so it gave me confidence to know I can do airs again. I was so, so happy.

There are people close to you who think your Hurley deal, rumored to be the richest surfing endorsement in history, led to a lot of pressure for you early on. Did the payday affect your performance?
No, not at all. Signing with Hurley was one of the best moments of my life. It gave me freedom to surf, and those guys are so cool. They help me out a lot. I have a great team, and I'm thankful for all them. I get to do a lot of little projects as well as the contest thing. I actually feel more relaxed now.

Everybody in your orbit calls you humble and low-key. Still, you were making six figures per month as a teen. What's one thing you splurged on?
I'm not one to go crazy. My family didn't grow up with a lot of money, so I still hold back a little. But the biggest purchase I made is my house. Now all my friends hang there all day. It's pretty classic.

Among peers, whom do you see as your top rival today? Who's your measuring stick?
Young guys like Gabriel [Medina], Filipe [Toledo], Nat [Young], Seabass [Sebastian Zietz]. Those are the guys I really want to beat. They're scary.

Sebastian is one of your good friends, but we want you to hate him, to spit on his bare feet as a form of hello. Why won't you?
It's different than before. Andy [Irons] was one of a kind. He was the rivalry with Kelly. It'll happen again, though. When two people battle for years and you lose to somebody enough, you start to hate them.

What are your long-term goals?
To win Pipe Masters. And it'd be cool to be in the final against Kelly again. Of course, the ultimate goal is to win a world title.

John John Florence turned a lot of heads this year. And while he would have loved to have won an ASP World Tour event, the impression he's left over the past 12 months is undeniable.

What tweaks to your game can help you get there?
I need to improve my approach to contests. I'm just so happy to be surfing. I'll be out there forever, like six hours, the day before a tournament. Then when I'm competing, I'm tired, sore and sunburned from the day before.

Like Kobe putting up too many shots before a game?
Exactly. It's hard because surfing makes me happy. I want to do it every single day. When I get a good wave, I go to sleep and I wake up thinking about it.

Crazy to think that you're a veteran now. What's the best piece of advice you can offer to the "next John John"?
You can beat every single one of these guys. When I started, it was like, "I'm in a heat with Kelly Slater? I can't beat him! He's my idol!" That's the big thing I've learned, turning that into: "No, I want to beat him. I can beat him." 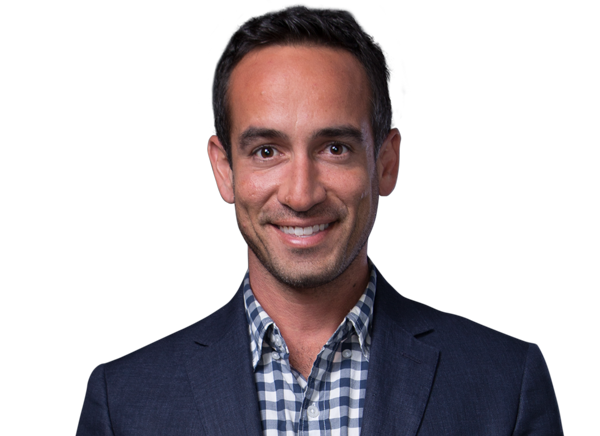 By: Sam Alipour
Sam Alipour is a Senior Writer at ESPN Magazine and contributor to ESPN and ESPN.com. Contact him at sam.alipour@gmail.com and on Twitter.